May 2016: Visit to Tbilisi, Georgia/Caucasus

June 2013, Tbilisi/ Georgia: Success on a competition for Jonas pupils 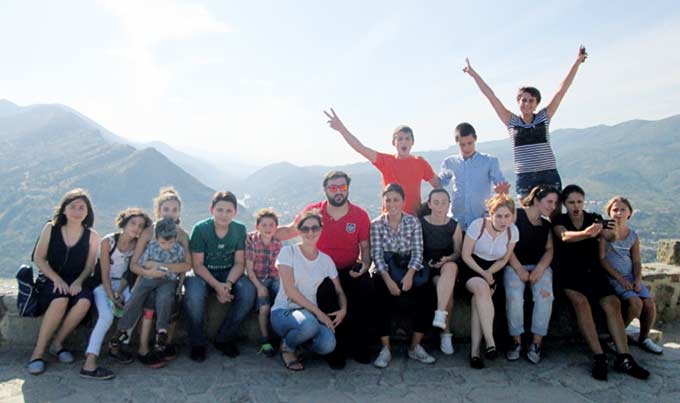 Integration and hope by music 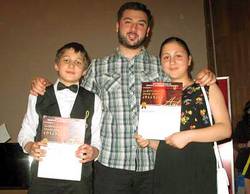 In January 2006, a new project started in Tbilisi, Georgia/Caucasus.
Through music, this project aims at helping youngsters integrating again in a normal social life. The centre was founded in 1998. It is financially supported by the city of Tbilisi. It welcomes children of very poor families, street children and orphans.

The project consost of three parts: group work, individual work, social acitivities. The part of the group work consists in meetings for 10 to 20 children. They listen to music pieces, learn to understand the language of music, get to know various music instruments. The individual work has the goal to discover the talents for music. In this part, the children start with individual music lessons. In february, two extremely motivated children started with piano lessons.
The third part, “social activities”, opens to the children once a month the world of other music schools and various cultural events like theatre, opera, ballet, classical concerts.

The goal of the project

The goal of the project is: The parentless children who are being brought in the center to be introduced music and inspire and make them to love music. To support them in teaching the taste and art of music, the children gifted by music art, to give them, the full musical education, to enrich spiritual culture of children and their integration in the society.

The methology of the project

I want to make children to listen different type of music as live performed by me, also audio recordings, attending live concerts. At the same time to explain, give explanations them to understand music better, to take them to different musical events, to the concerts or to the opera house. To teach them individually, that, the children with special wish and capacity to teach them to play piano, and wake up them the feeling to learn in musical schools in future.
It is great happiness for me to realize that with Jonas Foundation with its assisting and supporting I managed to realize my project. The children who will never have the luxury of getting qualified musical education they are given possibility to learn music and could realize the capacity in them.

«I believe that the children who have the lack of family warm, the contact to the music make their life better, it will not permit them to be locked in themselves and they will express their feelings not with aggression, but with the tongue of music and it will somehow change their spiritual emptiness, being without parents.
It will help children’s integration with the society, after the realization of the project, as the parentless children are locked in the parentless children’s houses and have less contact with society, not including their teachers and the people who occasionally visit them.

I am sure all these efforts will enrich the teenager’s life and wake up in them the love towards music.»

Dachi Taktakishvili (Director of the project)