The project aims to provide children who would normally not have the opportunity, the chance to receive a broadbased musical education which will also incorporate the areas of dance and drama.

The intention of the music project is to create a sense of stable community for these children, where they may learn social interaction and increased self-esteem through value orientated learning and using the musical skills they are learning to create and participate in concerts and shows that will be performed in the local community.

The project aims, through music and the performing arts to promote cultural integration and cross-cultural understanding among students and help offer the children a greater perspective in how to fulfil their greater potential, thereby having a better opportunity to transcend many of the difficulties they are faced with in their daily lives.

The project welcomes children and young people on Saturdays to teach them music (Recorder, Flute, Violon, Cello, Singing, Music Theory). Ensemble performances and singing lead the children, while making music together, to establish friendships and enhance their ability to work as a team.

Coordinator: Felix Buser
Contact: info@jonasfoundation.org
• The project has been active since 2003. It emerged from the «Swiss Church Music School» at the Swiss Church, London (starting 1997. Founders: Dr and Mrs Ulrich and Christine Sigwart) – see also history
• The project is officially recognised by the Duke of Edinburgh Award Scheme (volunteering for public benefit)
• The project offers the possibility to take examens (ABRSM, Guildhall School for Music and Drama 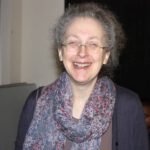 Recorder
BA Hons Exon, Certificate of Performance of early Music GSMD, PG Cert Ed, Institute of Education
Teaching in two schools and privately in SE22, and performs, though not as much now as earlier in her life. 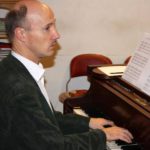 Piano Teacher and pianist to the Choirs.

Alumni «Swiss Church Music School» (1997-2003), when he has been teaching the piano and co-leading the choir.
Stuart Whatton has been helping the choirs on numerous occasions.
He played the piano for the Jonas Singers at the UN-Session on Human Right’s (June 2006).
And accompanied the Choir on the organ at StPeter Cathedral, Geneva.
MA (Oxon), B.Mus (King’s College London), FRCO, PGCE, LTCL, FRSA
Prizewinning music graduate of King’s College London and Fellow of the Royal College of Organists.
Director of Music, Esher Parish Church and Artistic Director, Music on the Green.
Stuart Whatton has also been a volunteer, helping out the Choirs, at the Olympic Games, 2012.

Violin Teacher, Music Theory (since 2010) –
BMus, IstClass Hons (King’s College, London) –
Currently studying for a MSc in Music, Mind and Brain (Goldsmith University).
Nick started a new Violin Beginners’ Class in September 2012.
He has been singing with the Jonas Singers for a number of years.
Violin Teacher for the Bridge Project, part of London Music Masters, based at a Primary School, Lambeth, London.
Duke of Edinburgh Award, “Silver” (2005)
Nick has been running the Junior Great North Run in aid of music therapy (2004)
He is very interested in the psychology of music perception. He enjoys contemporary composition and the production of experimental electronic music.
Grade 8 “Distinction”, violin and piano (2003 and 2004). 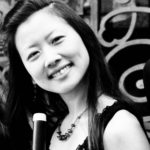 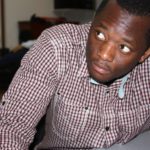 General help with children and their families.
Assistant teacher (Theory) and pianist for the choirs.
Ngudi Lema is member of the Alumni (Swiss Church – and Jonas Foundation Music Schools, 1997-2003-)
He is a founder member of the Jonas Singers (2004 – )
BA in Management (Middlesex University, 2010)
Ngudi is working for the Kids Corner Project as a Youth Worker.
As a Rank Foundation Apprentice, he is studying towards a Youth Worker Qualification.
«At the end of the course, I hope to have developed my skills, techniques and understanding of ways I can be of use to the young people that I work with.»
IT skills, Logic and music software.
Hobby: running, football, basketball 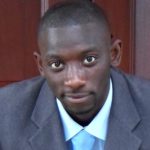 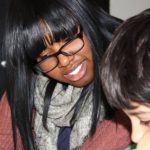 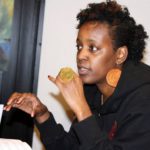 Choir leader of the Young Jonas Singers (13–17 yrs).
(September 2014: On a  sabbatical)
Alumni «Rossignols de Soho», «Swiss Church-and Jonas Music School» (1992-1997-2003-)
Founder member of the Jonas Singers (Co-Director of the choir in 2010 «BBC-Choir of the Day»).
Diane Bakemhe took up singing and is interested in Arts in general.
In 2007, Diane Xaverie Bakemhe and Lola Adeshigbin have launched an African Fair Trade entreprise: Bot i Lam.
By designing original African Wear, both designers want to «promote African culture in a positive light…a way of reinvesting in Africa».
B.A. Law and French (Middlesex University)
B.A. Legal Studies, LPC (Professional)
As a compliance professional, Diane Xaverie Bakemhe is dealing with regulations, fraud and anti-bribery.
She has been working for the British Government and OXFAM.