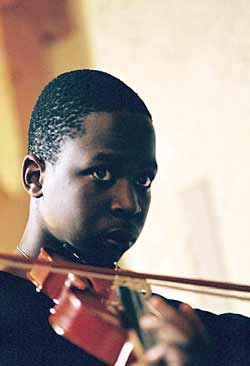 The Jonas Foundation aims to provide children who would normally not have the opportunity, the chance to receive a broadbased musical education which will also incorporate the areas of dance and drama.

The intention of the music project is to create a sense of stable community for these children, where they may learn social interaction and increased self-esteem through value orientated learning and using the musical skills they are learning to create and participate in concerts and shows that will be performed in the local community.

The Jonas Foundation aims, through music and the performing arts to promote cultural integration and cross-cultural understanding among students and help offer the children a greater perspective in how to fulfil their greater potential, thereby having a better opportunity to transcend many of the difficulties they are faced with in their daily lives. (James Bush, Jonas Foundation)

The Jonas Foundation is a registered Swiss Charity. It is under the surveillance of the Department of the Interior, Berne (Eidgenössische Stiftungsaufsicht, Eidg. Departement des Innern, CH–3000 Bern).

Founded in 1997, the «Swiss Church Music School, London» was created in response to a need for more creative community activities for youngsters living in the Inner City.
By providing a solid music education, by participating in numerous concerts and shows, by going every year on international tours, the School gave the pupils the opportunity to realise and achieve their full potential and build up self-esteem

The ‘Jonas Foundation’ has been founded in March 2003. Projects were launched in London, Paris, Berlin as well as in in Palestine, Israel, Switzerland. 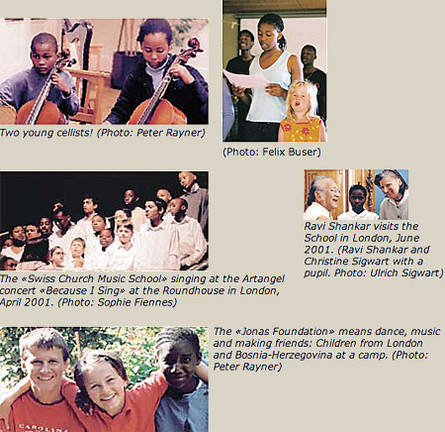 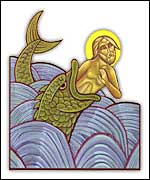 A Jonah icon from the coptic church, provided by Fr. Antonious Henein.