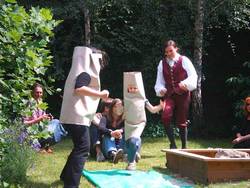 Every Tuesday we meet between 4pm and 6pm in the rooms of the Parish in Berlin-Moabit and work together on a joint music and theatre project. Last Christmas we performed a Christmas play which brought great joy to the children and helped them to sense more and more the group that they now a part of.

Since the beginning of 2009 we have been working on piece about Händel and his organ, which doesn’t want to do what he wants. The Organ pipes do not want to be in the dark anymore and rebel. Finally they find a joint solution and get to join Händel on his travels. The performance took place on the 21 June 2009 as part of the Parish festivities. 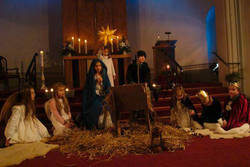 The goal of our work is to allow each child to develop the talents that they have as far as possible while at the same time integrating them in the group activities. By creating their own music and theatre project the children learn to realise their own creative ideas and go beyond their previous boundaries in a protected environment.

We provide the space and help the children to let their abilities unfold.

Robin Hood at a fundraising concert 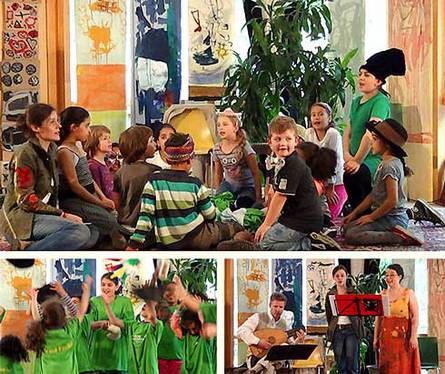 A band of robbers meet at a campfire in the dark woods and long for their friend Robin Hood. The robers disguise themselves and go out to find him. They look for him at the market place, where they meet buskers, they look for him at the royal court, where they meet the King and listen to lute music by John Dowland, but they can’t find him.
When they finally get back to the forest, it is to find, that meanwhile he has been to their lair and has left a bag of gold for them. They share their gold  with everyone and are happy to have such a good friend. 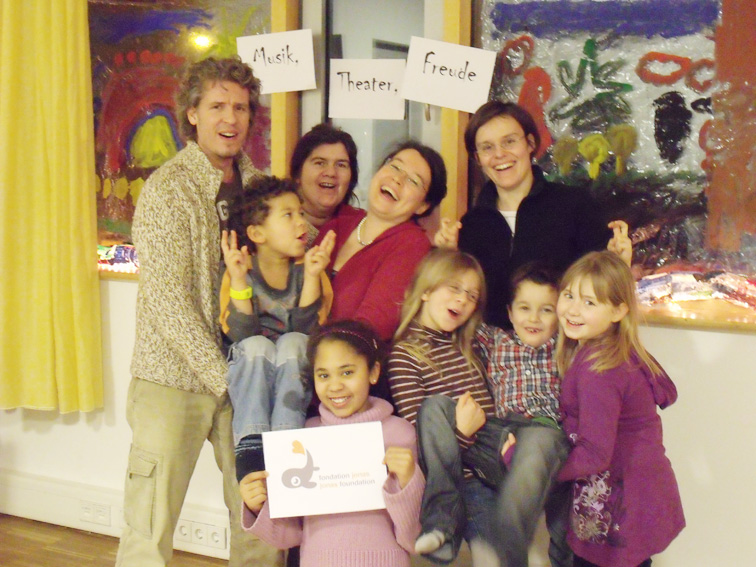