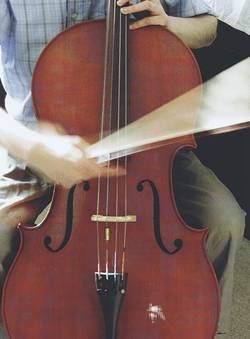 The Jonas Foundation Music Project at a Carehome, Kent

The Jonas Foundation Music Project at a Carehome began in April 2004, so has now completed its eighth year.

This project is based in a residential special school for children with social, emotional and behavioural difficulties.

The aim of the project is to give children at this special school the chance to play the cello an to take part in music-making, with the hope that this will help their development in both the personal and academic spheres.

We are happy that this project is going well, and that music-making is helping to bring more enjoyment and fulfilment into the lives of theses children.

We hope that the joy of music can give them support as they struggle to overcome their personal difficulties, and help them to become caring, balanced and happy adults!

***
«To the Board of the Jonas Foundation
In April 2004 Peter Rayner arrived with one cello offering his skills as a teacher to help our pupils to learn a musical instrument. There are now four cellos in the school and two concerts have been performed before an audience of parents and guests.
Peter has been able to develop the skills of even our most difficult students (they all have emotional and behavioural difficulties), he has a calm assurance which, no matter how difficult the task, gives our pupils confidence. …
… Some pupils have made remarkable progress while others have gained therapeutically through music.
… Peter’s contribution is not just the music or the learning of the cello, but in helping very difficult and challenging pupils to value their own work and their abilities to co-operate with each other.
All of us at the School would like to thank the Jonas Foundation for their continued support of this worthy project. 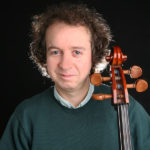 Peter Rayner has been involved with the Swiss Church Music School and Jonas Foundation since 2000 as cello teacher, administrator and project coordinator, and since 2004 he has led the “Project in a Carehome” bringing music into a special residential school. He has also been involved with many of the summer projects and musicals including “Joseph and his Brothers” (2000), “William Tell a musical” (2002), and “Aline ou la princess qui s’envola” (2009). In 2001 he directed the Jonas Foundation film “On the Surface”, which was shown at the Edinburgh Fringe Festival 2002.
Royal Northern College of Music GRNCM
Certificate in Harmony and Counterpoint (Birkbeck College)
Peter performs as a chamber and orchestral musician in the UK and abroad, and conducts an amateur orchestra. He also teaches privately.